Get fresh music recommendations delivered to your inbox every Friday.
We've updated our Terms of Use. You can review the changes here.

Made in a Day (extended version​!​) 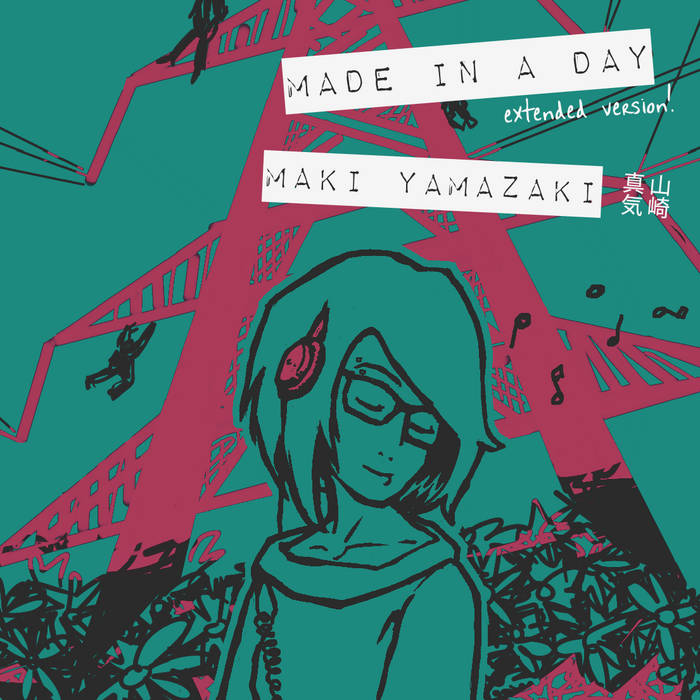 ackasii This album feels warm. It’s warm & bright and the contents feel so personal & yet so easy to connect to. I’m listening to this album after doing a lot of gender & identity introspection & I think that makes it hit so much harder, Maki, your work is always so lovely :) Favorite track: Not Binary.

Karterstrophic Love this album! The style and honesty make for a great listening experience, even if it gets very rough at times.

Tracks 1-6 and 8 were written & recorded in less than a day as part of personal challenge to see if I could write and record an EP in such a short space of time. Turns out that the answer is yes.

This album is sometimes out of time, out of pitch, and whatnot. Just relax and enjoy.

All other tracks were painstakingly written over the course of about a month or two. I can't really remember; it was a blur of tears, anger, joy and lots of digging up memories. Some I'd tried really hard to forget.

This album draws from a lot of my experiences (both good and bad), feelings, and frustrations with the world that I grew up and live in. This was a really difficult album to write and I suspect that for a number of people it will be very difficult to listen to. I have had not the happiest, easiest, nor best of lives. With that in mind, here are a list of content warnings. Please look after yourself and your mental health.

A huge thank you goes to everyone who's supported me and my music, either in person, at gigs, or online via my patreon and bandcamp pages. I'd especially like to thank:

And also to you! You are beautiful!

Bandcamp Daily  your guide to the world of Bandcamp